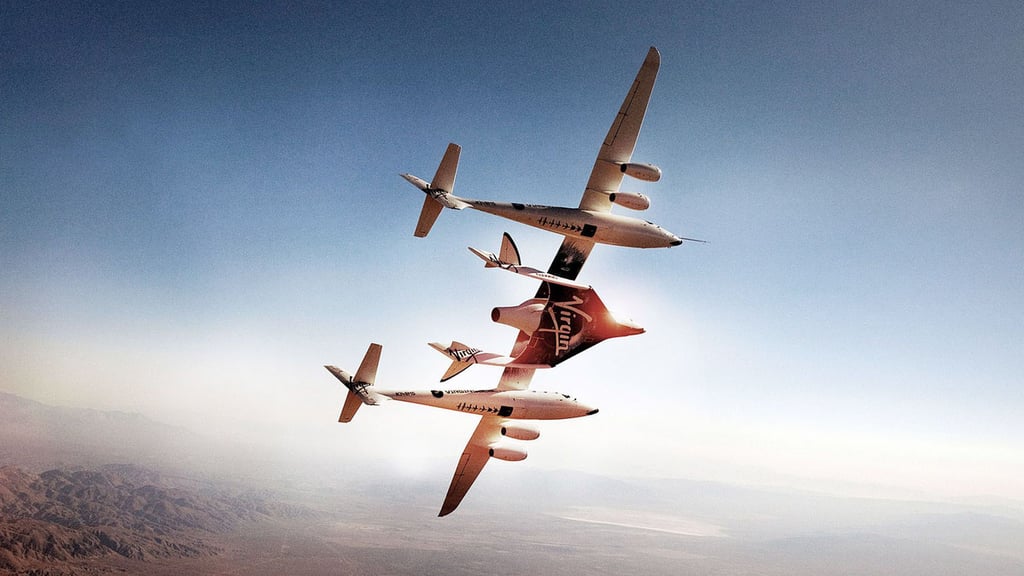 An in-flight problem caused Virgin Galactic's SpaceShipTwo rocket plane to crash in Mojave, CA, today. The vehicle "suffered a serious anomaly," according to the company. Two pilots were aboard the test flight, and their current status was reported by California Highway Patrol. At least one is dead and another is injured, said CHP. Tweets describe an explosion that resulted in debris over the Mojave Desert. An unmanned NASA rocket also exploded due to a catastrophic anomaly earlier this week.

The SpaceShipTwo is a six-passenger plus two-pilot plane designed for commercial spaceflight. The flight itself is intended to last about an hour and a half. SpaceShipTwo will be able to reach approximately 50,000 feet of altitude, free fall for a few seconds, then accelerate via a hybrid rocket motor. At this point, the spacecraft travels at Mach 3.5, more than three times the speed of sound. When it reaches peak altitude, passengers can float in zero gravity for about four to five minutes.

This story is still developing, and we'll provide updates as information about the cause of the accident and status of the two aboard comes in.

During the test, the vehicle suffered a serious anomaly resulting in the loss of SpaceShipTwo. WK2 landed safely. (2 of 4)

@VirginGalactic #SpaceShipTwo The ship broke apart and started coming down in pieces over the desert.

Thoughts with all @virgingalactic & Scaled, thanks for all your messages of support. I'm flying to Mojave immediately to be with the team.

Tech News
This New, Smart Safety Bracelet Seamlessly Alerts Friends If You're in a Dangerous Situation
by Kelsey Garcia 1 week ago

Halloween
There Will Be a Blue Moon on Halloween This Year, So Get Ready For an Extraspooky Night
by Esther Bell 1 week ago

by Angela Law 8 minutes ago

Harry Styles Submerges Into His Feelings in the Beautiful "Falling" Video

by Monica Sisavat 42 minutes ago

by Monica Sisavat 21 hours ago

The Proud Family Is Coming Back After 15 Years, but It’s Not on Disney+ Just Yet!

by Alessia Santoro 22 hours ago

by Murphy Moroney 23 hours ago

by Mekishana Pierre 23 hours ago