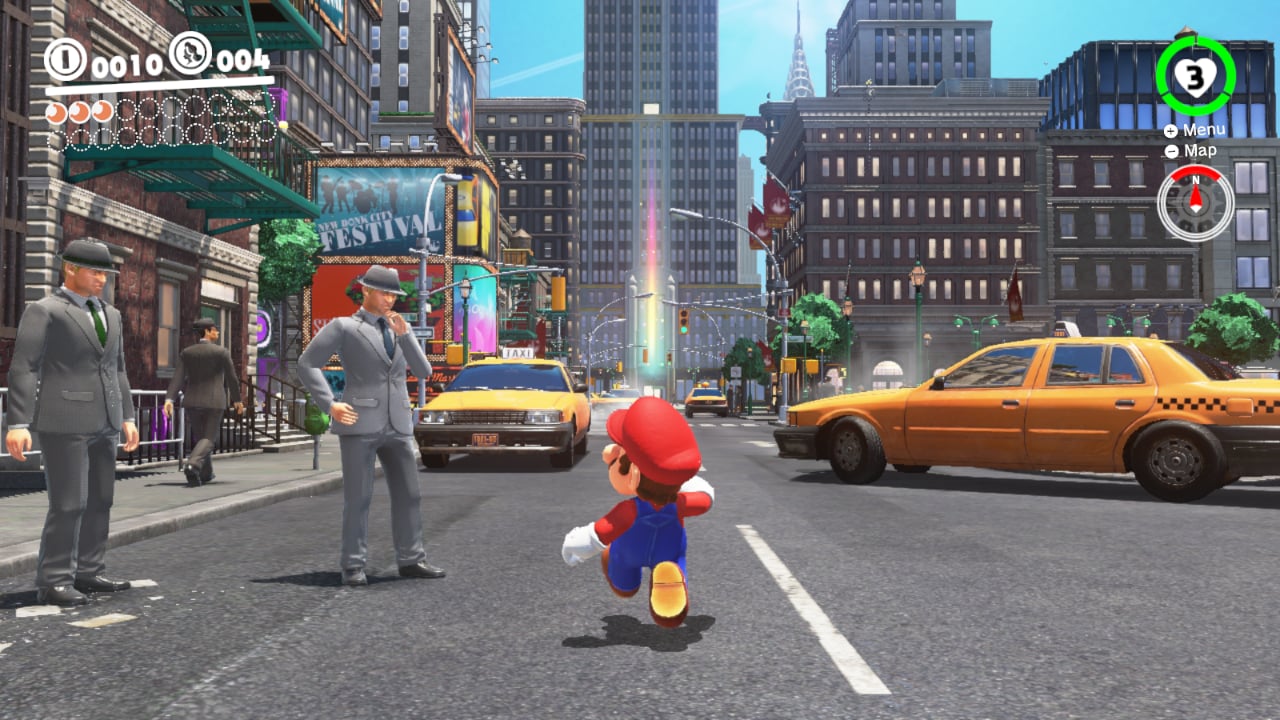 In the nearly four decades since Mario first made his appearance in the original arcade version of Donkey Kong, Nintendo's beloved mustachioed protagonist has certainly had his share of ups and downs. Not every game that stars the iconic Mario Bros. characters is worthy of the legacy brand, and for the most part, an average release typically doesn't have the staying power of legends like Super Mario Bros. 3 or Super Mario 64. But for everything bad that's happened in 2017, there has been one very notable bright spot: the newest Mario offering, Super Mario Odyssey, comes alarmingly close to being a total masterpiece of a game.

I grew up in a diehard Mario household. With every new release came a same-day trip to the store coupled with hours spent sprawled out on the couch in front of the TV. But it wasn't just me and my sister who were button-mashing our way to coin-fueled glory; my parents were the originators of our love for Nintendo, and they'd trade off the controller as they worked their way through each level of every game. As a result, I'm supremely opinionated when it comes to the games that I play — and have incredibly high Mario standards from years upon years of replaying my most favorite games. But what Super Mario Odyssey does so well, first and foremost, is that it taps into all the very best parts of all of the very best games — and updates them in a way that makes them not an afterthought to something that worked well, but an enhancement on what we already knew and loved. 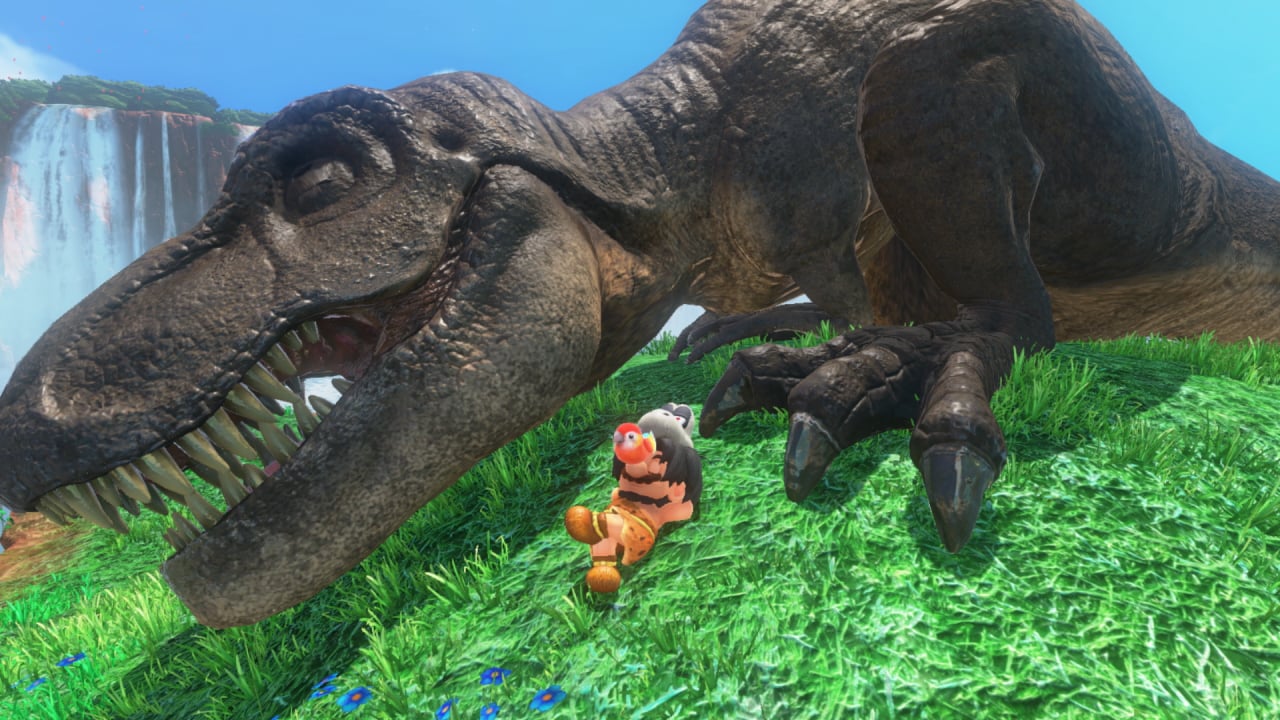 Take, for example, the fact that each and every level comes fully loaded with a set of challenges that you have to accomplish. It's not just about getting from start to finish; it's about investigating every inch of space in the world to collect not just the Power Moons that enable you to level up, but the hidden Power Moons that appear after completion and the Purple Coins that challenge you to push the limits of Mario's abilities. One of Super Mario 64's best qualities was the ability to revisit the levels beaten on the surface level to hunt for Red Coins and Stars, and Super Mario Galaxy excelled in strategically placed Star Bits — and what emerges in the newest game is a combination of the two that is unspeakably satisfying and leaves you wanting more.

And it's Star Bits that were traditionally collected by an incredibly patient second player, who waved their Wii remote around to enhance the first player's gameplay as they moved from level to level. No longer: Odyssey enables a more dynamic two-player gameplay, letting the person who isn't controlling Mario control Cappy, his anthropomorphic hat. Cappy is a huge asset in the game, letting you become the various characters you encounter in your travels and serving as Mario's main weapon, and he's also a key reason why there's no question that the game is by far the best two-player Mario experience to date. Playing with a friend or loved one makes it easier to advance in some of the hardest trials and tribulations, and it's really fun to beat the baddies and collect the goodies even if you aren't the main player calling the shots. 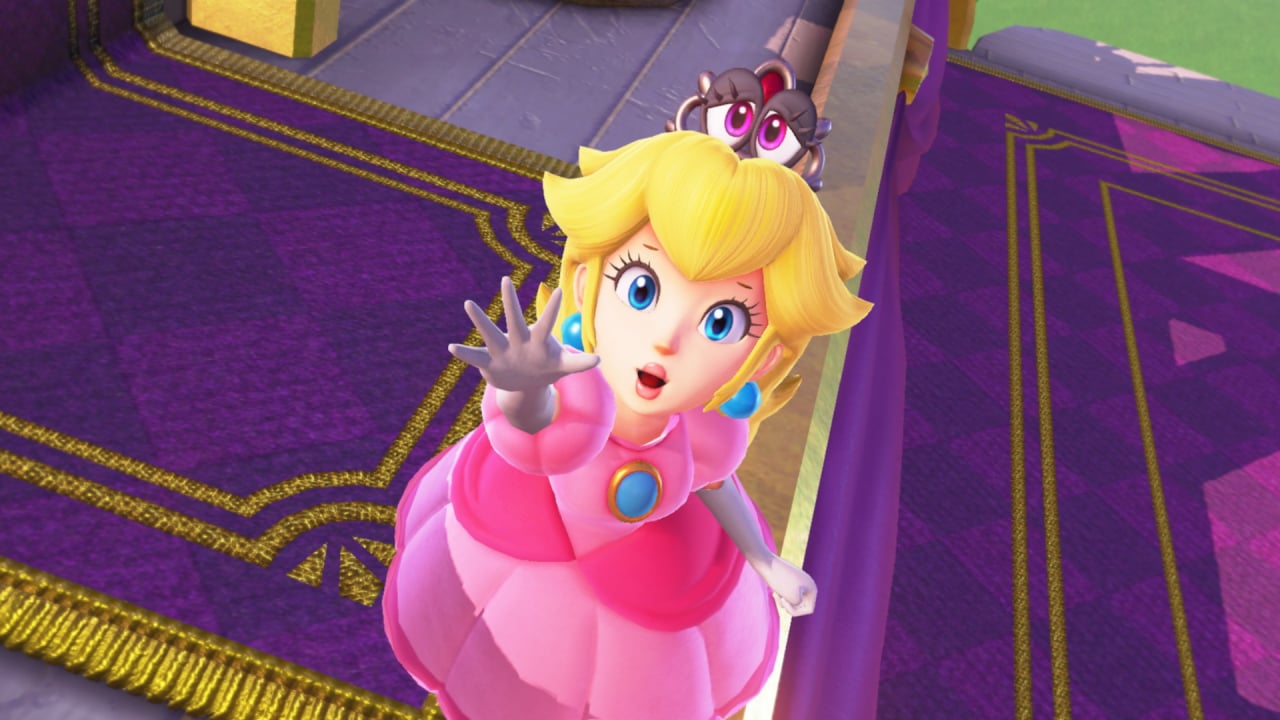 But if you do play solo, part of what makes the game so great is that up until the very, very end, you're still constantly learning, evolving, and adapting to new types of worlds and talents. Sure, you can go back and try 500 times to get that one coin that seems desperately out of your reach — but you can also play through till you hit the skill that you so very much wished you had back then and go back and get it in a way that seems impossibly easy. In other words, it's a game that keeps you constantly moving back and forth, revisiting the levels that you loved and maybe some that you scowled at due to their difficulty, seeking out the ultimate 100 percent completion goal. Nothing, then, feels like it's forever — and that enables you to pick up the game after any amount of time away and get just as much out of it as you did the first time you opened it on your Switch.

The Switch itself, though, is perfect for the type of game that Odyssey is. Wandering around the intricately detailed levels, you've got the ability to change your view constantly and see every single aspect of what you're looking at — a feature that can be overlooked for the sake of enhancing the gameplay in the foreground. Here, the visuals combined with controllers that enable both movement-based or trigger-based play add up to a juiced-up version of the Wii Remote's capabilities, and boy are we glad that they stayed with it. Being able to switch the way you do your primary actions — throwing your hat and moving around/jumping — keeps your fingers from seizing up or having controller fatigue. It also makes it so that the other amazing function of the Switch — its portability and mobile gameplay — is completely stellar and sets up a seamless transition between playing on your TV on the couch or on your handheld on the run. Finally, I'd be remiss if I didn't mention the thing that completely and totally blew my mind about Super Mario Odyssey: for those of us lifelong fans, there's always been a sense that Mario existed in an alternate universe, one where there were maybe some human characteristics that transferred over to the world we were exploring, but didn't interact with regular people like us. This concept is completely turned on its head with the new game, introducing humans (!) and places that look far closer to our real world than anything we've ever seen in a Mario game. It's that extra little bit of jazz that makes the game feel like something fresh and new, and I promise the first time you come face to face with a real person in the game, you will, like me, have to pick your jaw up off the floor.

If it isn't completely obvious at this point, I'm officially a fan of Super Mario Odyssey and would recommend it to everyone from the newest gamer to the most OG Nintendo user. It's one of those games that comes around very rarely and immediately becomes a classic, blowing all that has come before out of the water. In other words: buy it. I promise you'll have a good time.

Image Source: Nintendo
Super Mario Odyssey Is Everything We Ever Wanted in a Video Game  originally posted on POPSUGAR News
Digital LifeNintendoHolidayReviewsNintendo SwitchTech
Around The Web