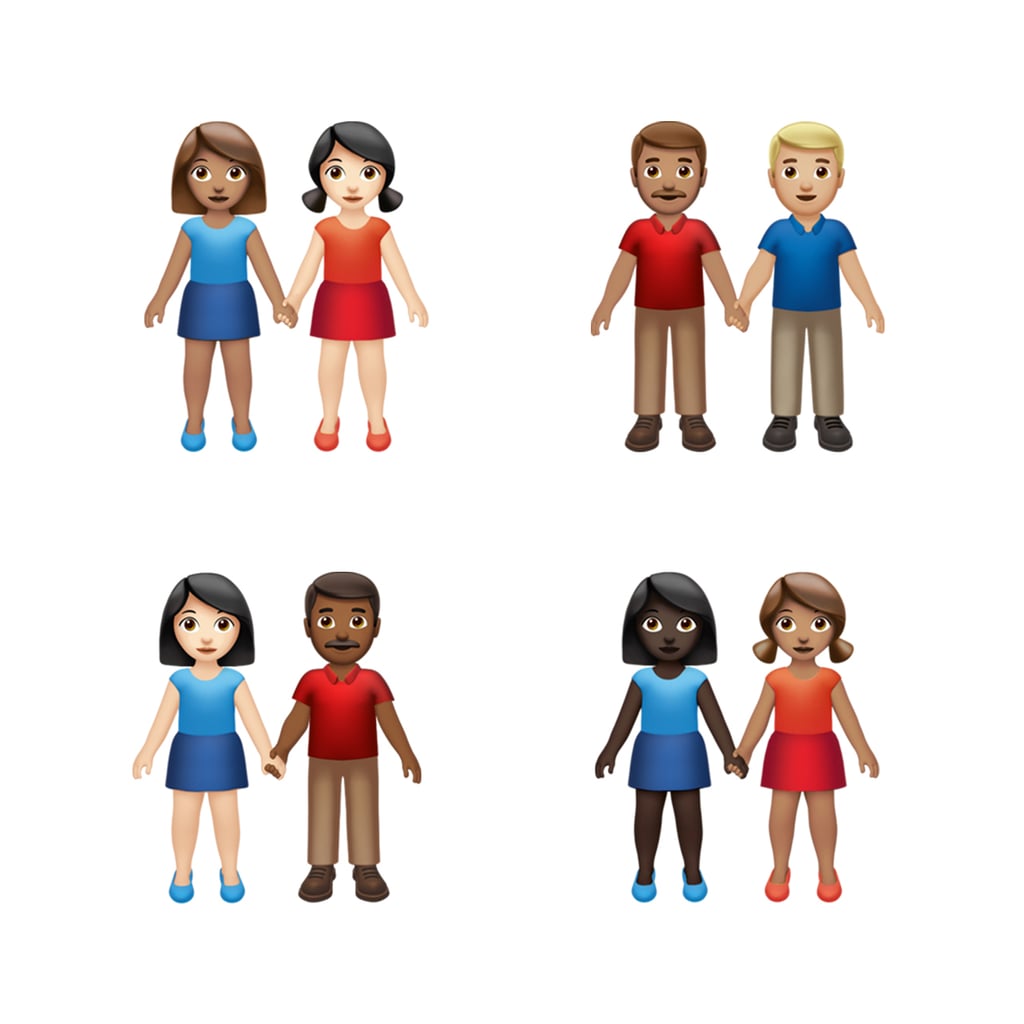 With each update, emoji are becoming more true to life. After previously announcing all the new emoji that would be coming to devices in the coming year, Apple has now offered a closer look at certain major changes in celebration of World Emoji Day on July 17. One significant change in particular will allow for a more accurate representation of families, friends, and couples.

You know how the current emoji depicting a couple holding hands is all yellow? The same goes for the various family emoji and even the handshake emoji. Well, Apple is making it so that various skin tones can be selected in emoji depicting more than one person. This means there will be more than 75 additional combinations!

Available this Fall, other new emoji will include service and guide dogs, more clothing options, and food items like a waffle, falafel, and butter. Get a closer look at the ones Apple has highlighted ahead.

Related:
How to Make Your Own "Memoji": The Coolest New Feature of iOS 12
0
previous images
-24
more images
Previous Next Start Slideshow
Around The Web

Tech Tips
Here's How to Customize App Icons on an iPhone — All It Takes Is a Few Clicks!
by Chanel Vargas 11 hours ago

Tech Tips
You Can Delete All iPhone Texts at Once With This Hack, and My Mind Is Blown
by Victoria Messina 4 days ago

Viral Videos
Is This Man on a Swing Going Forward or Backward? The Internet Is Completely Divided
by Chanel Vargas 12/24/19

Billie Eilish, Lizzo, Lil Nas X and Everyone Else Who Took Home a Grammy This Year

by Mekishana Pierre 35 minutes ago

by Brea Cubit 3 hours ago

by Mekishana Pierre 3 hours ago

by Christina Stiehl 3 hours ago

Bow Down! Ariana Grande Showed Up to the Grammys Looking Like a Stormy Cinderella

by Karenna Meredith 5 hours ago