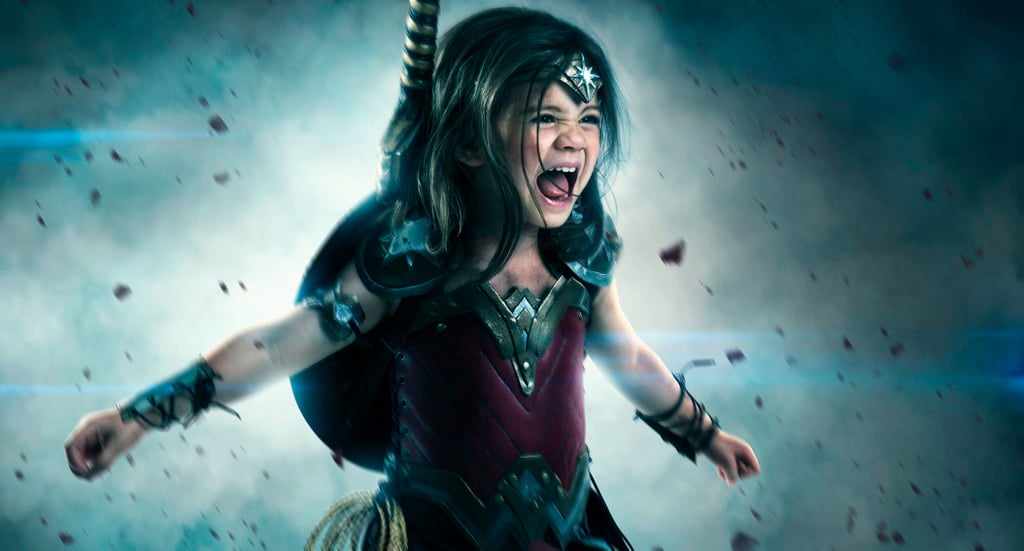 Some parents like to take it easy when it comes to planning out their kid's Halloween costume. Others, like Josh Rossi, prefer to design an epic Wonder Woman costume and recreate scenes from the upcoming movie for their kid.

Rossi, who is a professional photographer and designer, spent $1,500 to create a handmade leather Wonder Woman costume for his 3-year-old daughter, Nellee, writes Full Time Photographer. Rossi worked with McGrew Studio's in Salt Lake City Utah to make the costume and then took photographs of his daughter posing in epic scenes from the Wonder Woman trailer.

The result includes spectacular photographs of Nellee looking epic as Wonder Woman in the trailer and a costume that will definitely win any Halloween contest. Rossi chose Wonder Woman because of what the character symbolizes for his daughter. "[Wonder Woman] is strong and almost more powerful than Superman which intrigued me," said Rossi in an email. "I want my daughter to have a role model that makes her feel more empowered and independent."

As you can imagine, Nellee is in love with the costume and won't take it off, added Rossi. If you're interested in a behind-the-scenes video, Rossi shared one on his YouTube channel. Ahead, see photos of the epic photographs with some before and after shots. You're going to love how incredible Nellee looks!

Halloween
There Will Be a Blue Moon on Halloween This Year, So Get Ready For an Extraspooky Night
by Esther Bell 17 hours ago

The Royals
From Royal Baby to Big Girl: 23 Adorable Photos of Sweden's Princess Estelle
by Murphy Moroney 2 days ago

Babies
This In-N-Out Burger Newborn Shoot Will Have You Craving Fries in 3, 2, 1 . . .
by Murphy Moroney 3 days ago

Photography
This Compelling Photo Shoot Proves That, Yes, Boys Can Be Princesses, Too!
by Murphy Moroney 1 week ago