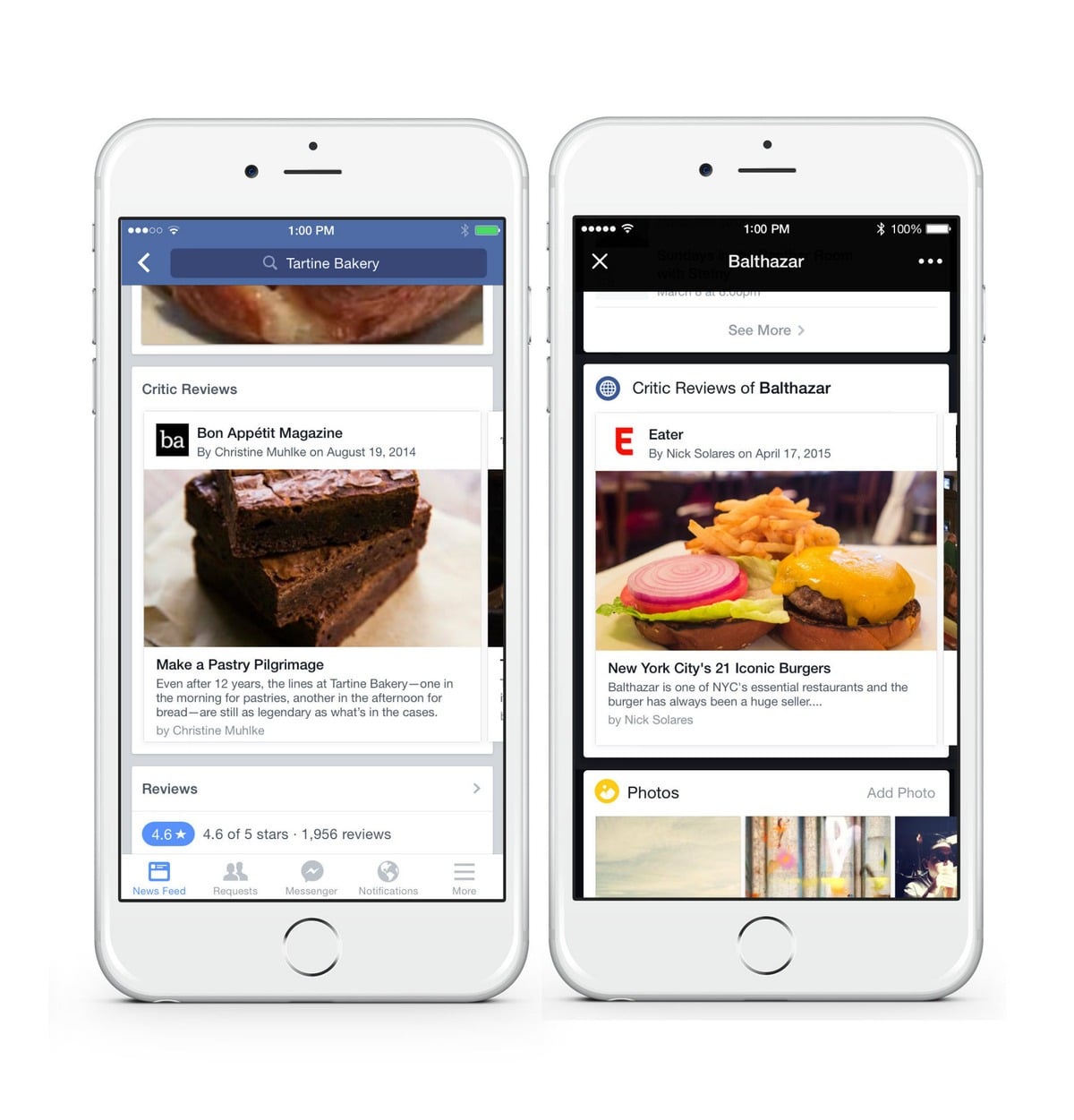 Facebook is so over Yelp — or rather, it probably wants you to stop using it. In an effort to streamline the Facebook experience and include more native content, the company will start adding "Critics' Reviews" to select restaurant pages in the US.

The reviews will appear both in search results when you look for a restaurant and on the establishment's business page; they won't appear in full but rather in short summaries. So far, Facebook has partnered with New York Magazine, Bon Appétit, the San Francisco Chronicle, Condé Nast Traveler, and Eater to include these reviews in the new feature.

"Since reviews are such an important part of helping people make informed decisions about what to do locally, we're excited to be incorporating a new way for people to use Facebook to find the best real-world experiences," a Facebook spokeswoman told The Verge.

While not quite like Facebook's new Instant Articles feature, the company is continuing its push for native content on the app, as well its ambitious plan to become a local search engine and centralized hub for everything you need.

Tech Tips
Rejoice! Netflix Is Finally Allowing You to Turn Off That Pesky Autoplay Feature
by Kelsey Garcia 5 days ago

by Victoria Messina 9 hours ago

by Murphy Moroney 11 hours ago

by Maggie Ryan 12 hours ago

by Alessia Santoro 14 hours ago

by Kara Kia 17 hours ago